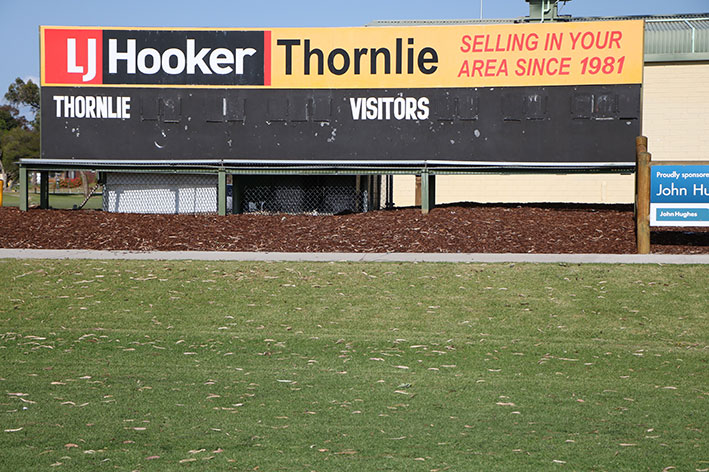 The scoreboard at Berehaven Oval in Thornlie is of an unusual long and low design. A similar approach has been used for the new scoreboard at nearby Mills Park in Kenwick. It certainly makes operations less precarious for the scoreboard attendant though there might be some line-of-site issues for spectators. 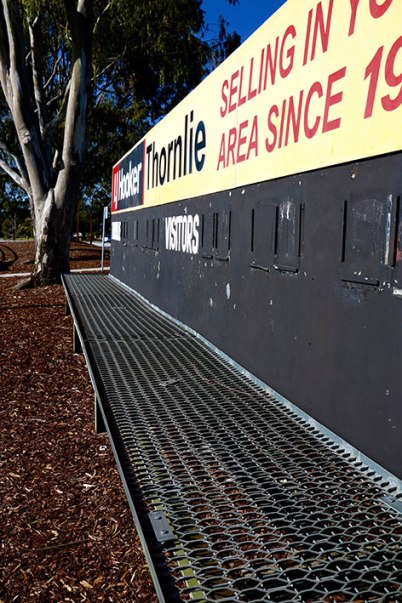 Thornlie Football Club has been around since 1970 and was part of the South Metropolitan Football League and then Sunday Football League. The SFL disbanded in 2008 and Thornlie joined the WAAFL. We finally got to a live game on the weekend to find a very attentive scoreboard attendant at work.

The SFL had an affiliated competition of one-team clubs that played on Saturdays. For a while it was called the WA Football Association and later the Saturday Football League. The 2002 Saturday FL grand final was played at Berehaven Oval. Roleystone 13.7 (85) defeated Sister Kate’s 8.10 (58). Our photo shows the Roleystone players celebrating.