We last visited Waroona in early February 2015. It was just after a huge bushfire had threatened the town and destroyed nearby Yarloop. 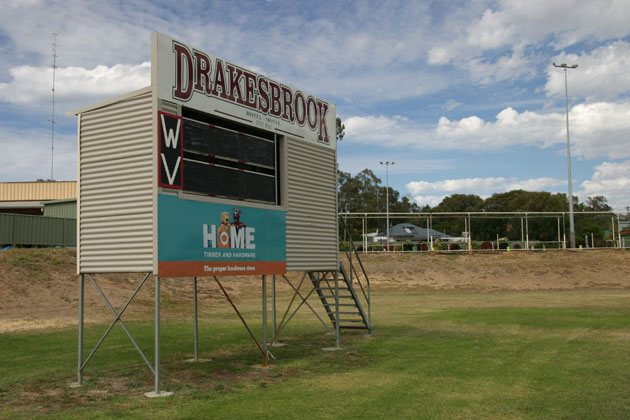 The scoreboard had some currency as we’d heard that when a new board was required at the Harvey Recreation Centre they used the board at Waroona as their inspiration. We made a note to return one day to see the scoreboard live.

We were there for round one 2019 and watched Kade (the regular attendant) and his helper Jack in action in the swinging shutter* operated scoreboard. At three quarter time of the colts the goal umpires appeared. A mistake had been made. A behind to Waroona had been given to the visitors Mundijong Centrals. The score was adjusted, the flags waved and the scoreboard attendants were given a little ticking off. Centrals went on to win by 38 points.