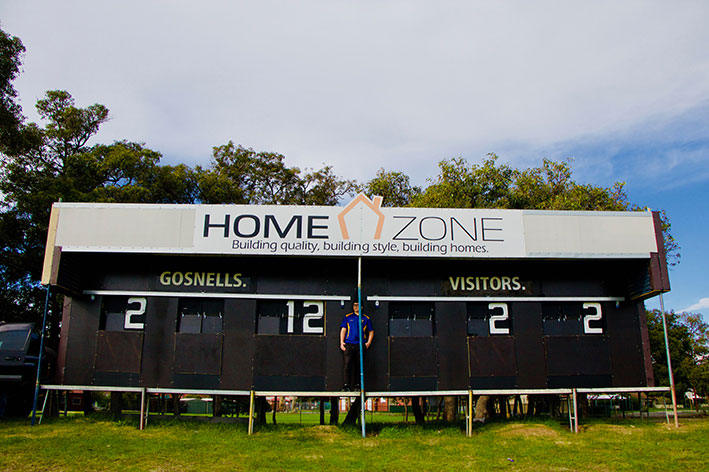 Gosnells Football Club has been around since 1911 as part of various competitions including the South Suburban Football Association, SS Murray FA, Sunday Football League and now has teams in the Perth Football League (formerly WAAFL).

The undefeated 1989 SFL team is one the Hawks remember fondly and this a proud club with plenty of success behind it. The oval is a beauty dominated by the RS Sampson Memorial Grandstand (he was a generous Gosnells benefactor) and its facilities made it the preferred venue for the SFL grand finals until the demise of that league in 2009. 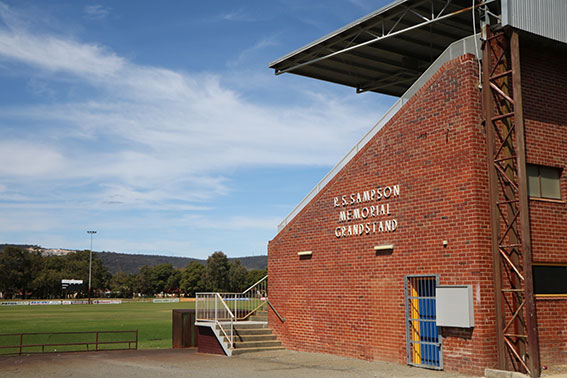 However this year there’s been a bit of scoreboard drama. When we visited in September 2018 the old board was standing proudly but it was later condemned after rot was found in the structure. On our next visit early in the 2019 season we found the old board propped up on the beginnings of the new. 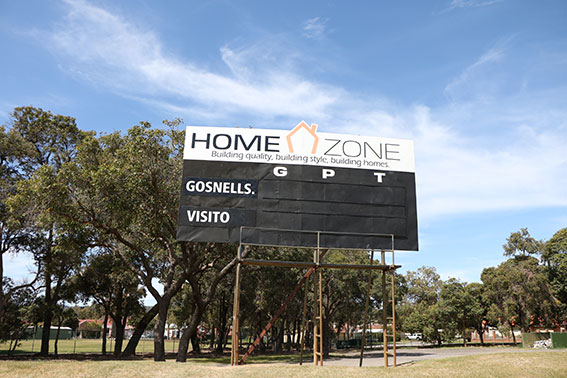 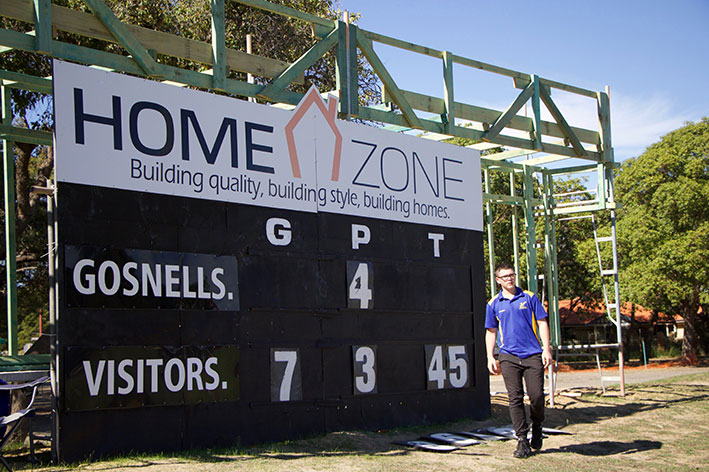 Now there’s big long low scoreboard with unusual mechanism that’s taken some getting used to for first-year scoreboard attendant Mitchell. There are plans for the Australian and Aboriginal flags to be flown on the new scoreboard and it will be an impressive structure… you can see the score from miles away and with Mitchell’s diligent approach it will be accurate. 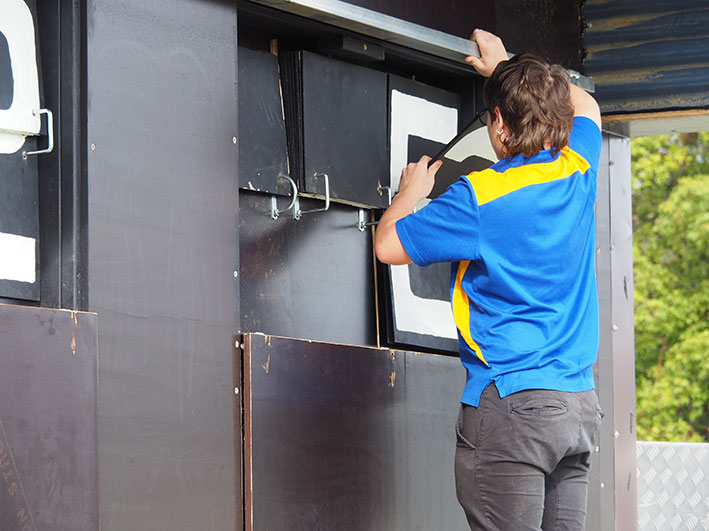 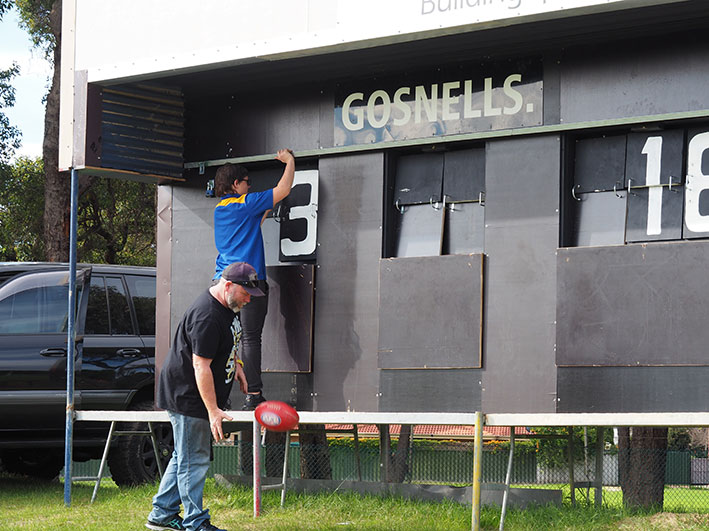