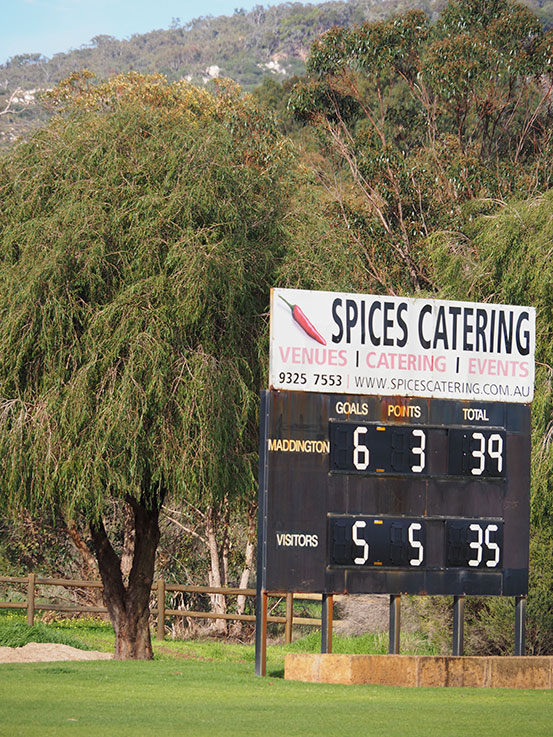 The Maddington Football Club history stretches back to 1923 in various competitions including Sunday Football  League forerunner the South Suburban Football League. The Bulls were part of the  SFL when it came to an end in 2009 and now fields teams in the Perth Football League (formerly WAAFL). 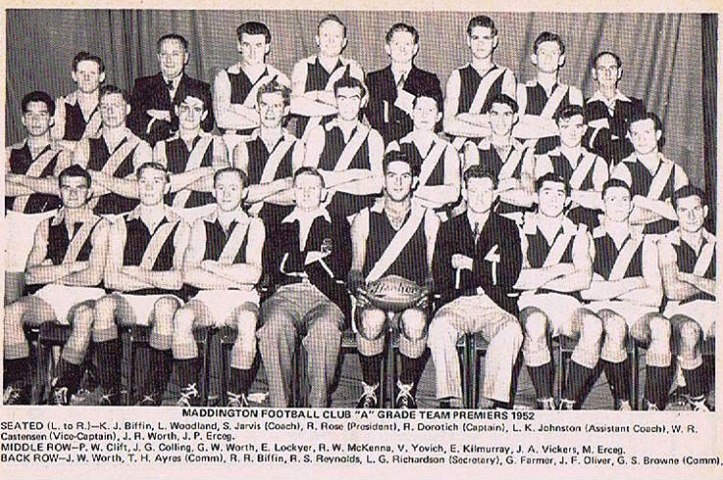 Dennis Cometti coached Maddington to a hat-trick of premierships from 1974 to 1976 but before that someone even more famous played for the Bulls. Graham “Polly” Farmer played for Maddington in 1951 and 1952 capping his time with a premiership and fairest and best award in 1952. One of his team mates was Ted “Square” Kilmurray who also went on to East Perth where he won the Sandover Medal in 1958. 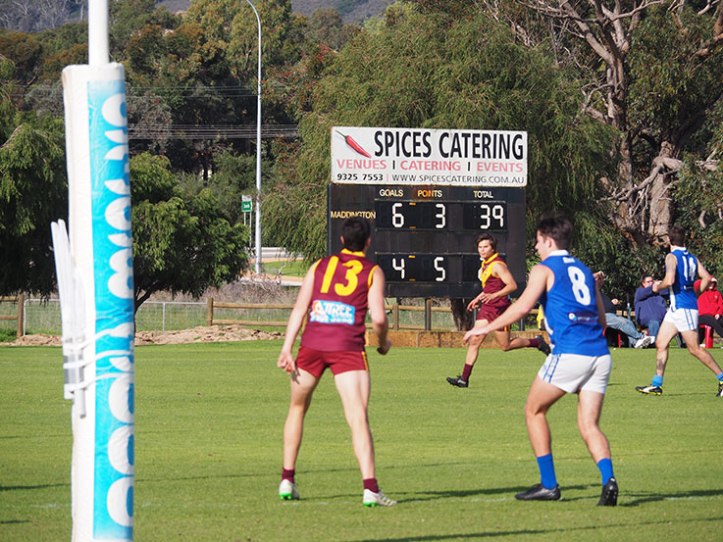 Geelong’s Quinton Narkle started out as a Bull. 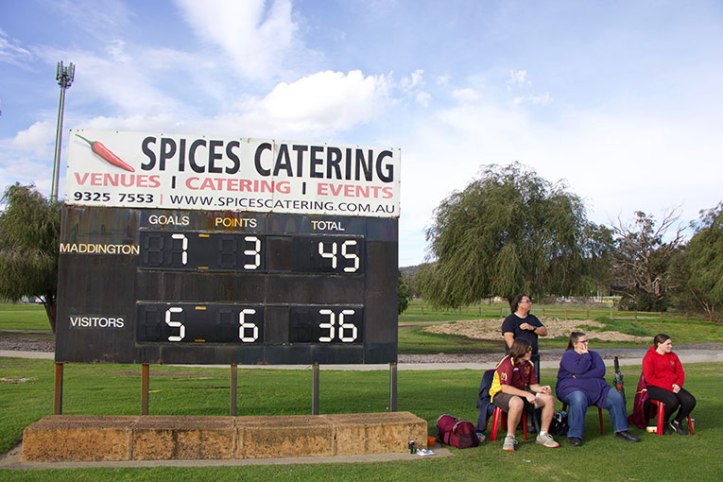 Maddington moved from its home ground on Kelvin Road in 2007 to the the beautifully located Harmony Field. There are moves afoot to bring the old scoreboard to the new ground. It was a family affair on the scoreboard during our visit and a slick operation it was too.