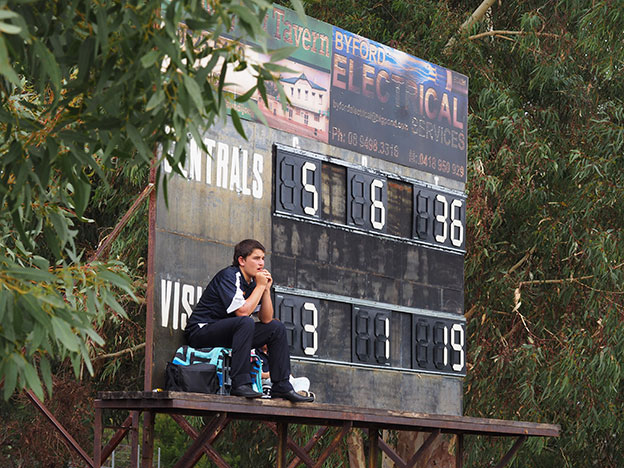 The Mundijong Centrals have been part of the Peel Football League since 1992 but they’ve been around for a lot longer than that. There were games played as far back as 1904 and the current club can lay claim to have been formed in 1909 when it competed in the South Suburban Football Association. There have also been stints in the Murray Districts Football League and even the Fremantle Ex-Scholars. 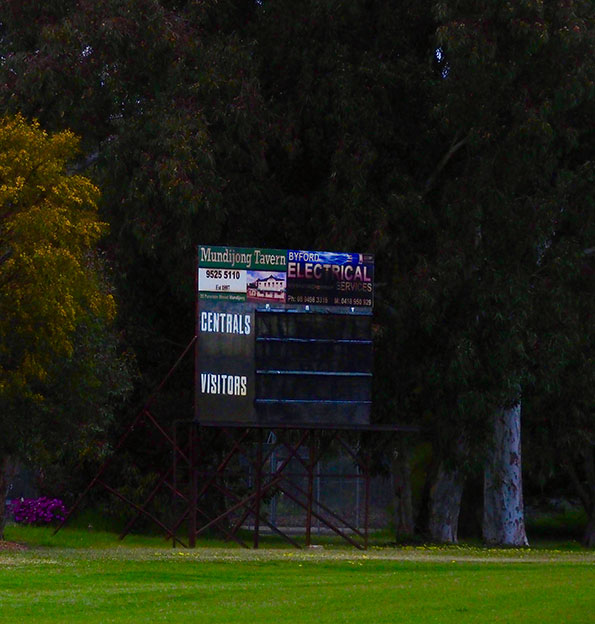 The scoreboard is one of our favourites. Maybe it’s the one referred to in the South Western Advertiser on 4 August 1949…

Sunday’s game against Armadale produced a satisfactory result on a new scoreboard, a most welcome addition to the club’s amenities. We are indebted to Fred Crofts for the board, whilst the numbers are a tribute to the scrounging qualities of Wally Reynolds. 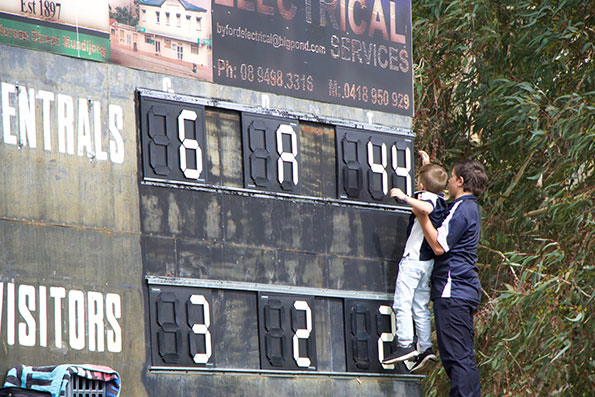 There’s no scrounging for numbers involved these days with the board using a modern modular numbering system. The young scoreboard attendant had a willing helper when we visited… perhaps there’s a succession plan in place. He enjoys the job. “I love to yell at the players,” he said, “Sometimes the umpires tell me off.” 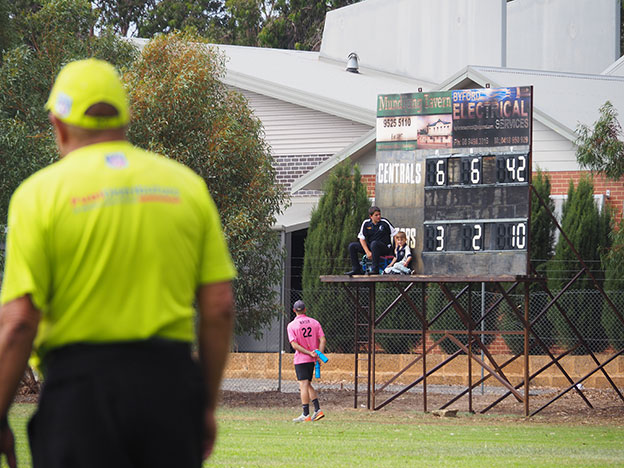 And if he makes a blue with the score there’s always someone to let him know – like a water boy or goal umpire or even a player. 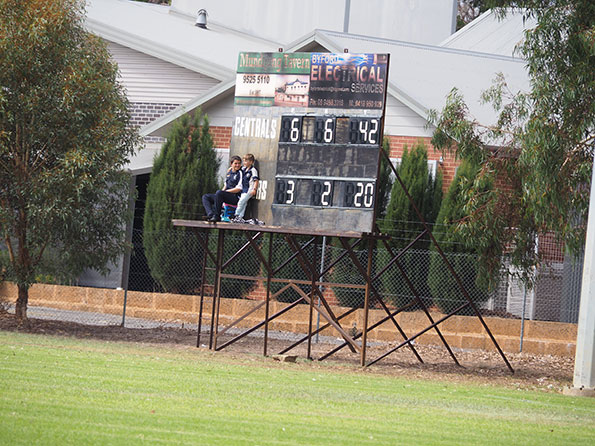