Adelaide Oval through the ages 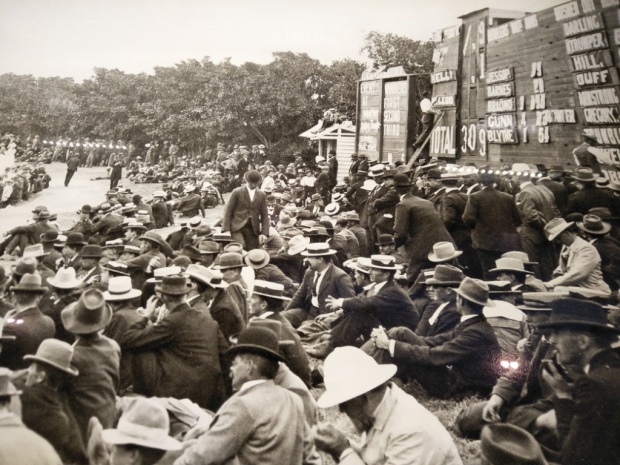 1902. No shortage of hats. Scoreboard attendant on ladder.

I didn’t drive 730 kilometres on a hot day in a car with no air-conditioning and a dud battery to then be evicted from the hill at the Adelaide Oval, under the gaze of The Great Scoreboard, but that’s what happened last week when I visited The Great Ground for the very first time in this life of three score and 10 months. I was watching the tail-end of a Shield game between South Australia and New South Wales, when a young chap in a red security vest escorted me from the hill, claiming the area was ‘off-limits due to maintenance’.  Given how few people go to Sheffield Shield games, you’d think they’d be happy for anyone to turn up. Guess he was just doing his job.

Anyway, like a good little obsequious boy, I did what I was told and watched the rest of the game obediently from elsewhere. (New South Wales won easily.)

I returned the next day and behaved myself during a very pleasant (and official) 90 minute tour of the ground. They even gave me (and everyone else) a lanyard as a souvenir. 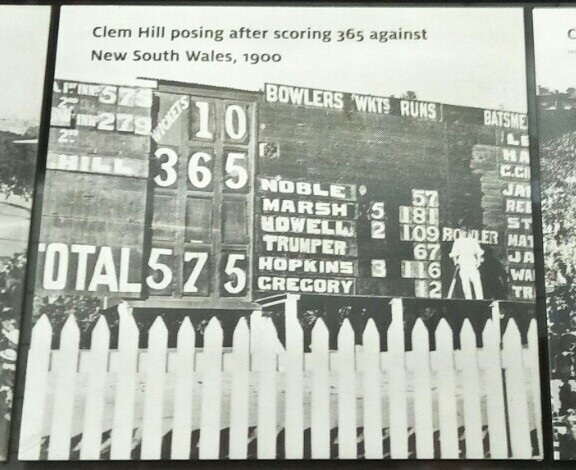 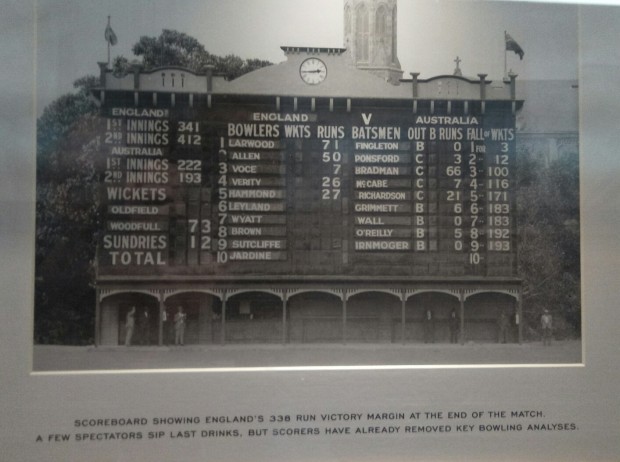 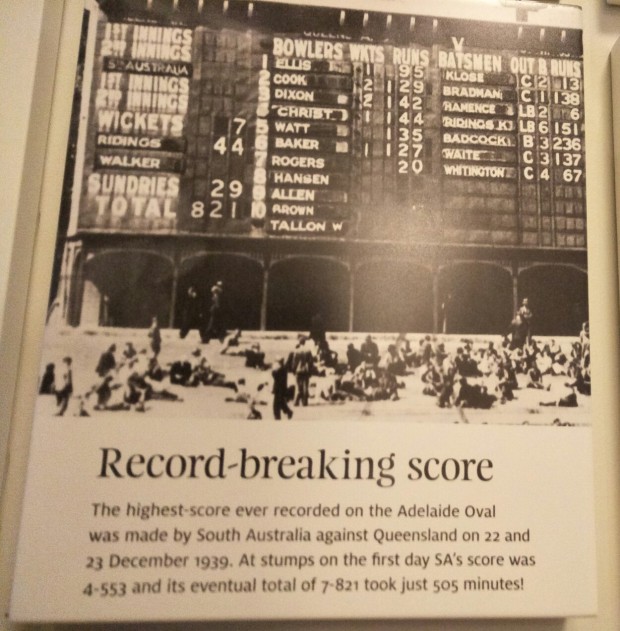 1939. Not even a bowler called Christ could keep the runs down. 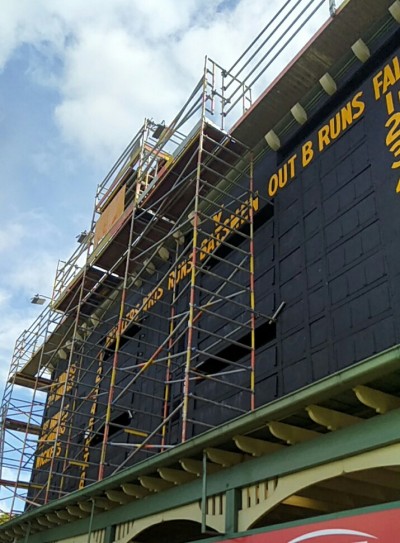 Maintenance began the day after I was evicted! 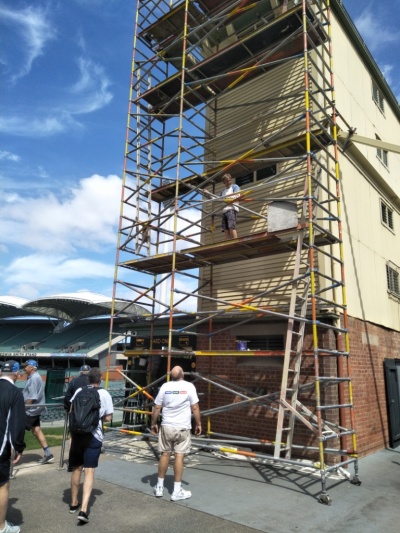 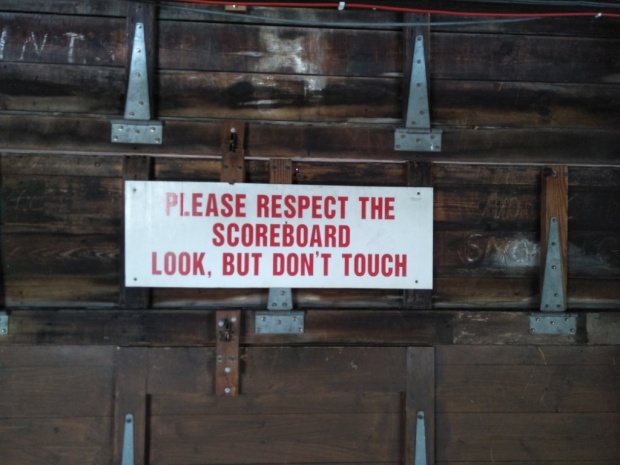 The official tour of the oval includes ten minutes inside The Great Scoreboard. I quickly snapped this pic. Colleague Mark ‘Swish’ Schwerdt did the tour in 2015. We took pretty much the same type of photographs: https://scoreboardpressure.com/2015/04/20/inside-the-adelaide-oval-scoreboard/

Postscript
You won’t be surprised that Scoreboard Pressure has featured the Adelaide Oval a few times.

The first was in 2011, when Jesse Maskell took a series of photos, which we combined with a story about the scoreboard’s centenary.

The second was in 2012, with photos from various ‘milestone’ games by Peter Argent.

The third was in 2014, ‘The Lee Hazlewood Scoreboard’: a photo from a Big Bash game by Peter Argent.

The fourth was in 2015, when Mark ‘Swish’ Schwerdt took us inside the scoreboard itself!

2 thoughts on “Adelaide Oval through the ages”