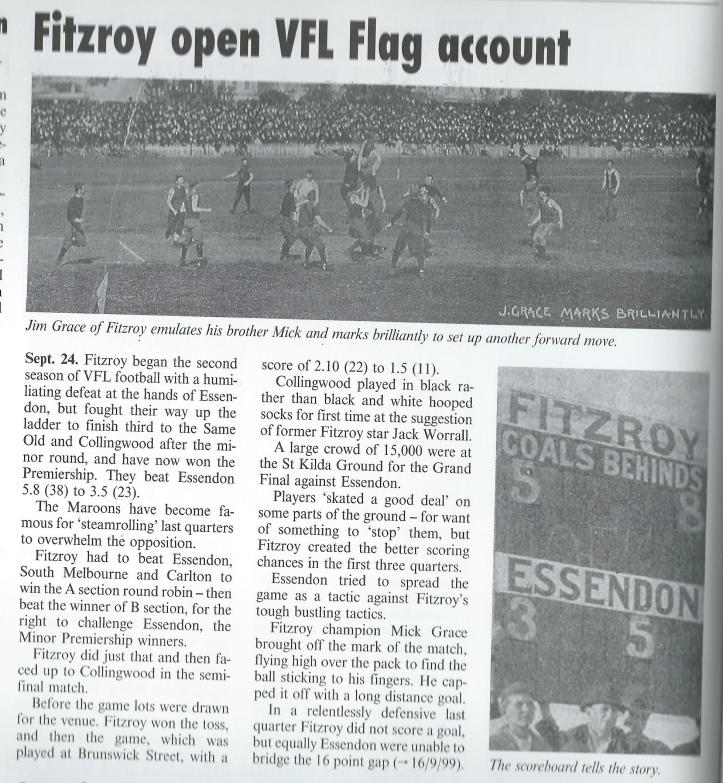 Is this the oldest photo of an Australian Rules scoreboard? It’s from the second season of the VFL, after it broke away from the VFA.

We came across the photo in a book published nearly a century after Fitzroy won the 1898 flag: 100 Years Of Australian Football, 1897 to 1996. The complete story of the AFL. Published by Viking/Penguin, 1996.

‘…..A large crowd of 15,000 were at the St Kilda Ground for the Grand Final against Essendon. Players ‘skated a good deal’ on some parts of the ground, but Fitzroy created the better scoring chances in the first three quarters….In a relentlessly defensive last quarter Fitzroy did not score a goal, but equally Essendon were unable to bridge the 15 point gap.’ (page 42)