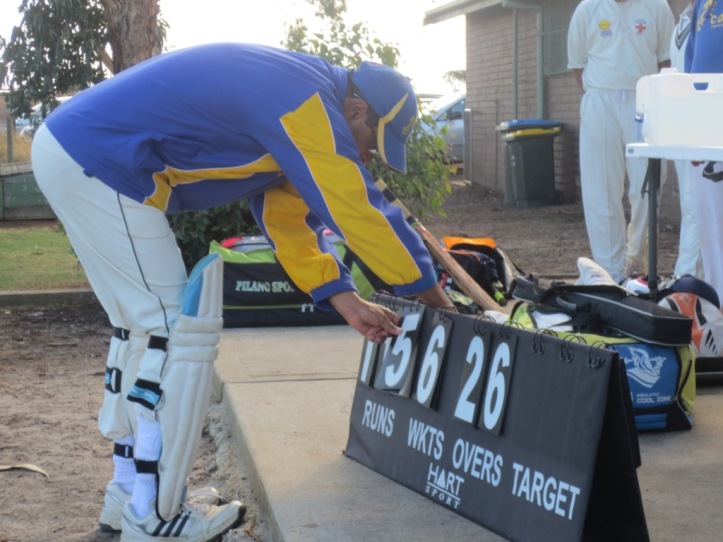 Cricket in Melbourne. In May. Call it dedication. Call it love of the game. Call it a big pre-season.  Call it a relief from the 365 day AFL hype machine.

There’s a league in the outer western suburbs – Laverton, Point Cook,  Hoppers Crossing, Werribee – that plays fortnighty from late April. Nine games, then finals. 35-over matches. Pink ball. Five overs from each end. Then swap ends. Saves time. Especially when the rain is on its way. Retire at 50 not out. (But return when it’s eight or nine wickets down. Leading to team-mates trying to throw away their wickets to get the better batsmen back in. Not a good look. The keeper refused to stump some batsmen. )

Western Eagles were hosting UTSC Tigers on Saturday 5 May. Cricket in Melbourne. In May. Maybe there is a god, after all.

Two alert fielders. A relaxed square leg umpire. An attentive batsman. And a large golf ball on a large tee. (You should see the size of the golf clubs.)

Lawrie Emmins Reserve is also host to a scout group, a motorcross track, an archery field, and thistles. 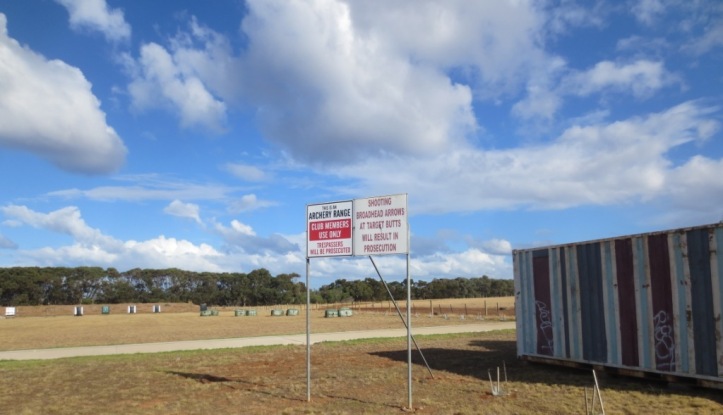 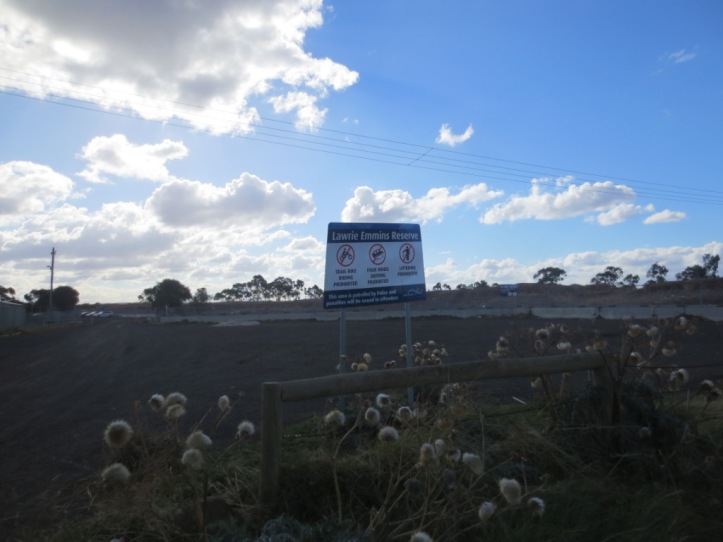